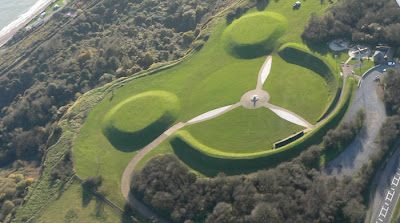 We went down to the cottage this weekend and went along to the Battle of Britain Memorial at Capel-le-Ferne, near Folkstone.
This is a monument to aircrew who flew in the Battle of Britain. It was initiated by the Battle of Britain Memorial Trust, and opened by the Queen Mother on July 9 1993. It is formed of a large propellor shape, (seen from the air it forms quite a landmark) with the figure of a seated pilot carved by Harry Gray sitting at the centre . Also on the site are replicas of a Hawker Hurricane and Supermarine Spitfire and the Christopher Foxley-Norris Memorial Wall, on which appears the names of the almost 3000 fighter aircrew who flew in the Battle. 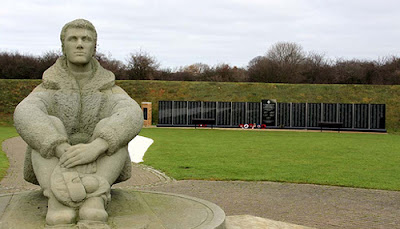 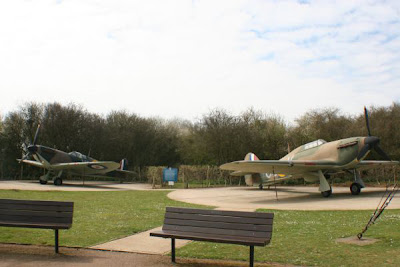 I spotted a ‘Banister’ in the list, but as my surname has 2 ‘n’s I don’t think it was a relation!
Of course, Doctor Who did it’s own little tribute to the Battle of Britain pilots in, the Mark Gatiss penned, ‘Victory of the Daleks’. 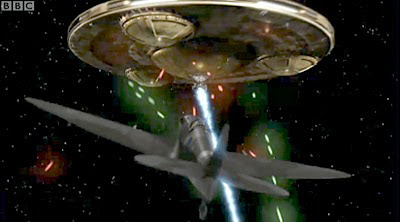 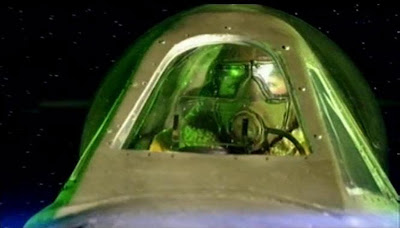