I thought you might be interested to see this page from ‘The Illustrated London News’ of December 24th 1894.

The illustrations accompanied a story describing how, during a great storm, a mysterious blue box appeared in Lydd Churchyard. An unknown man calling himself the ‘Doctor’ managed to deflect a lightning strike on the church, during the midnight mass. The conflagration that would have, inevitably, followed may have led to many villagers losing their lives. Reluctant to accept the villagers gratitude, the strange ‘Doctor’ did partake of a glass of mulled wine and a mince pie, but insisted that he had merely been taking action to prevent a Rutan invasion? 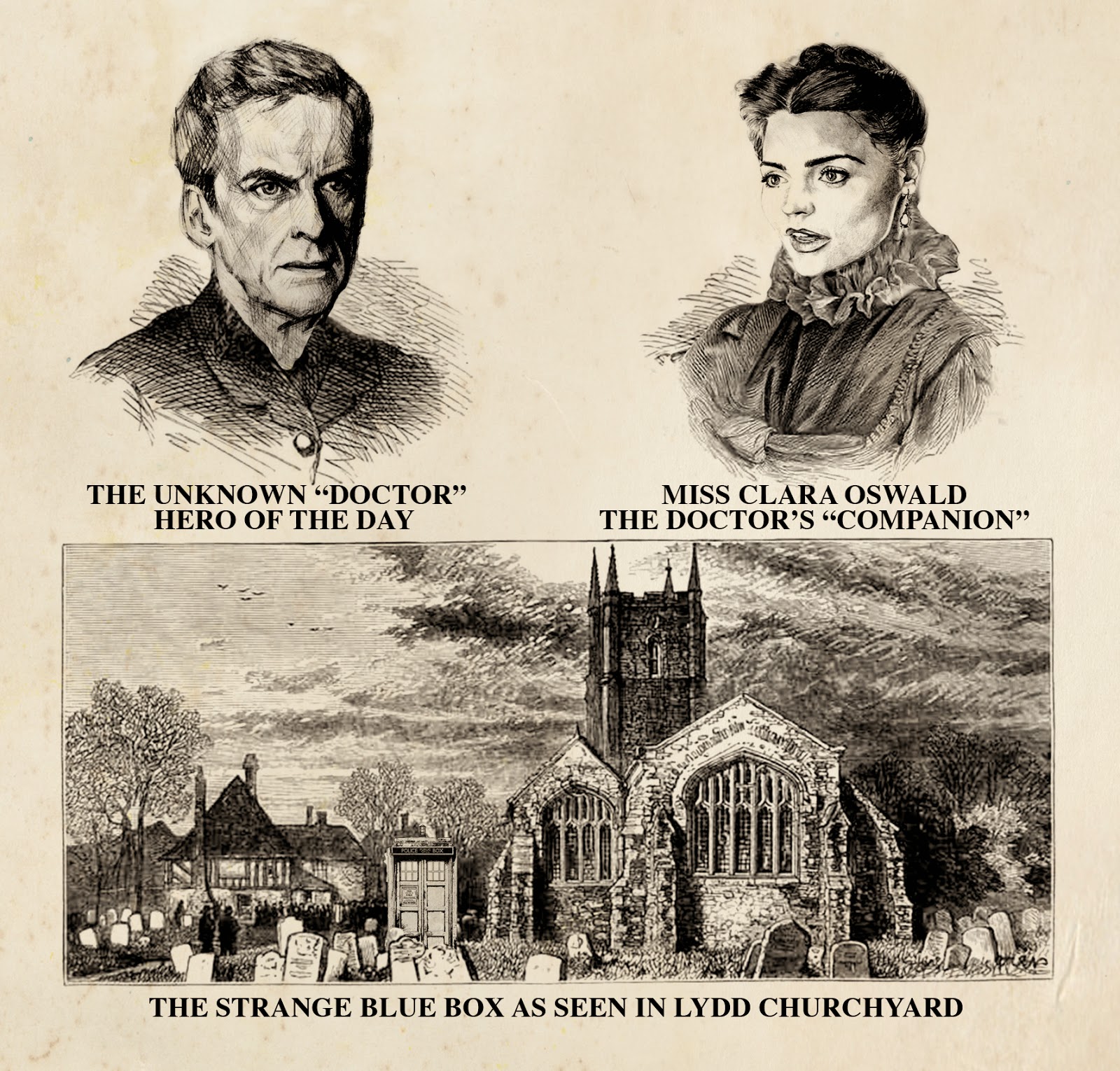