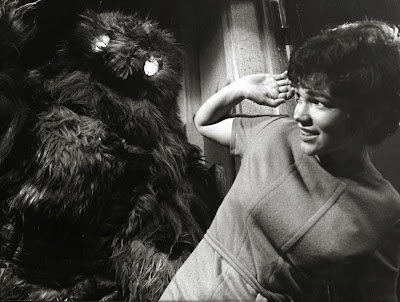 I can’t think of a better 50th Anniversary treat for Doctor fans than the discovery of the two missing Troughton stories ‘The Web of Fear‘ and ‘The Enemy of the World’.

Astonishing to think that I was only seven years old when these were first transmitted, and that is 46 years since they were last broadcast !

Patrick Troughton was my Doctor – I was a little to young to really remember the First Doctor that well and found the Third Doctor’ a bit too ‘establishment’ to fire my imagination.

I remember being totally convinced by the underground setting of  The Web of Fear‘ as too, it would seem, were London Transport – given that the quality of the sets, lighting and photography were so good that they angrily wrote to the BBC demanding to know how they gained access to their tunnels !

Fantastic feeling to see the episodes again – although a little bittersweet, as I know my late brother would have been over the moon about the return of them. Can’t help wishing they had been found just a few years earlier.