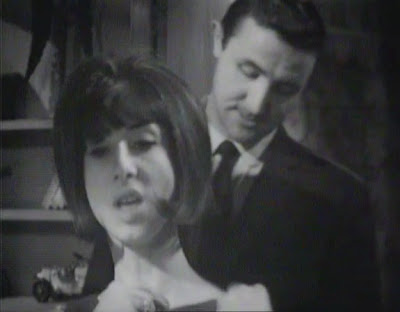 During The Dalek Invasion of Earth, Susan (the Doctor’s Granddaughter) falls in love with the freedom fighter David Campbell.

The Doctor realises that Susan would never leave him of her own free will because she thinks him dependent on her.

Rather than let her choose to stay
with him or with David, he forces her hand and locks her out of the
TARDIS, and makes a very nice farewell
speech to her: “One day, I shall come back. Yes I shall come back. Until
then there must be no regrets, no tears, no anxieties. Just go forward
in all your beliefs and prove to me that I am not mistaken in mine.”

So what did Susan, or rather the actress Carole Ann Ford do next?

Well she had a very different, and far more grown up role (and a northern accent!), in an episode of Public Eye: The Morning Wasn’t So Hot (1965).

Here
is a clip below, and for a short time only the full episode can be see
(with an interview with Alfred Burke who played Frank Marker) on the
Network DVD site here.

Public Eye ran from 1965-1975, an excellent series – “Marker isn’t a glamorous detective and he doesn’t get glamorous
cases—he doesn’t even get glamorous girls. What he does get is people
who are in trouble—the sort of trouble you can’t go to the police about,
even if you are innocent.” 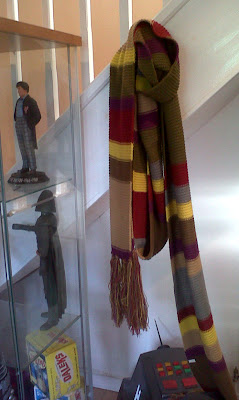 A new addition to the cottage collection – the Fourth Doctor’s scarf.

It is an official BBC replica modelled on the most recognisable and iconic one, measuring 13ft/ 3.96m – including tassels – in length and 10” (28cm) wide.

Begonia Pope was asked to knit a scarf for the new Doctor by the costume designer, James Acheson. Acheson had been inspired by Henri de Toulouse Lautrec’s painting of his black coat and long scarf-wearing friend, Aristide Bruant, and bought a mass of multi-coloured wool. 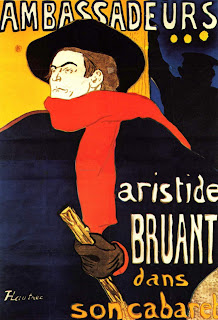 Begonia was unsure how long a scarf was required. She consequently used all of the wool she had been given, resulting in a ridiculously long scarf. The producers loved it and, after it had been shortened slightly, used it for the Fourth Doctor’s first story Robot. 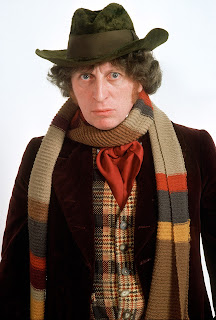 Another posting in my occasional series featuring comments from the Visitors Book. This year, as you can see, some of our our younger guests have been inspired to create some really lovely drawings.

Just imagine the Vision On gallery theme as you look at them! 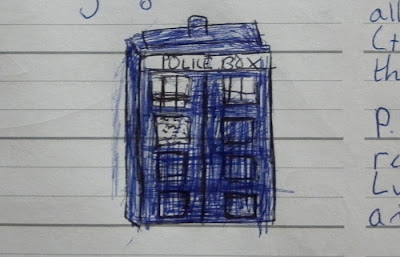 “A great cottage I love all the Tom Baker episodes (the special FX are a bit iffy though!)

“We had a great holiday! We watched lots of Classic Who. I cried like a baby at the end of Earthshock. Thanks for a brilliant weekend! Don’t forget to be awesome! 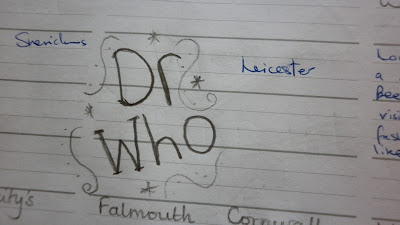 “Lovely cottage. Great holiday for a 20th birthday, Doctor Who fan! Been to Rye, lovely cobbled streets, visit the Cobbles tea room for an old fashioned brew! Dungeness very weird, like stepping back in time.”

“We thought having breakfast in the tardis would be a little cramped for the five of us, but once we all got in there we realised how spacious it was…!”

“The cottage is really great. Very much enjoyed the Dr Who stuff…’ahem’ I meant the kids did obviously. Dungeness is just strange + wonderful! Really glad we visited + Rye as its charming” 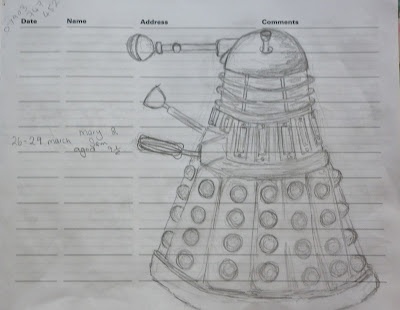 “Fantastic place! Geek Heaven for a Dr Who fans – and a cosy retreat for anyone else. Loved it!”

“Fantastic stay, kids loved seeing Dolphins in the sea at Dungeness – so much to do close by! Thanks!” 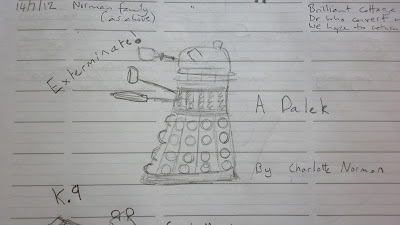 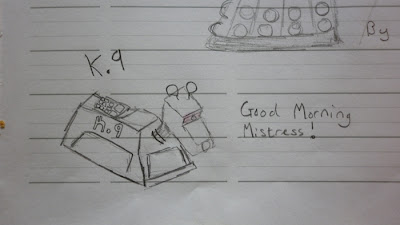 “Brilliant cottage – bit of a Dr Who convert now…We hope to return.”

“We are massive Dr Who fans, including Mum + Dad!! Your house is ‘amazing’ not only for the Dr Who memorabilia but the cozy cottage with a fab vintage looking cooker!!!”

“Wonderful break once again. We have found our favourite retreat. Hopefully be back early next year. Many thanks”

As I have mentioned, running a holiday cottage has turned out to be a lot more hard work than I had imagined, but comments like these make it all feel worthwhile and I am sure that my late brother would have really loved the fact that so many people are enjoying his collection. 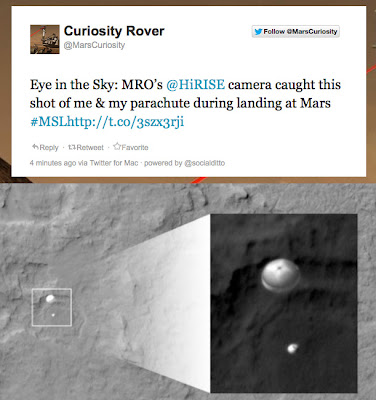 Here is an extraordinary photograph of the Curiosity Rover, coming into land, taken by NASA’s Mars Reconnaissance Orbiter.

So there is life on Mars – at least, man-made life capable of taking a photo of another piece of man-made life!

Of course, the Doctor has had more than a few adventures with life on Mars – namely the Ice Warriors. 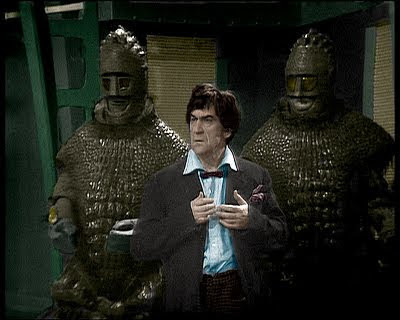 The Tenth Doctor got there just a bit too late, but the images of Mars from his story are in HD and a lot better quality than Curiosity’s have been so far! 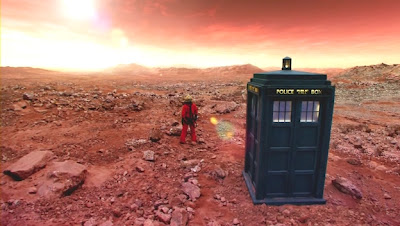 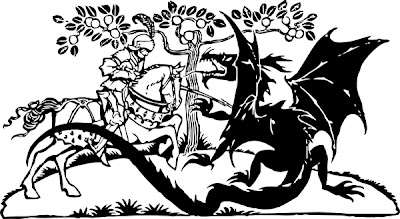 Come not between the Dragon and his wrath…..

The history of England in the 1520s and 1530s was somewhat turbulent to say the least.

The conception and the development of the performance of Lydd’s unprecedented four day play of ‘The Lyfe of Saynt George’ was undoubtedly the product of these times of crisis.

The reason we know it was a four-day play is that 3s 4d was paid ‘for 3 barelles of syngyll bere the first 3 playe daies and afyrkyn the last pley day’!

Besides the records of players coming to Lydd, there were minstrels who covered a wide range of entertainment and other performers such as bear wards and ape handlers, jugglers, puppet players, footballers and Morris dancers.

Lydd would no doubt have been particularly pleased with its patronage of St. George as a diplomatic and civic identity because it was in `Lydd’ that St. George was buried, albeit a place of the same name in the Classical East in the early fourth century. Lydd’s vulnerability to attack from the sea, especially from the French, also made St. George appropriate for its identity

The play itself grew out of certain themes running through the accounts that increasingly appeared to fuse together prior to and along with the play’s development in the 1520s. These themes were the experience in Lydd of poverty and war.

The traditional, conservative themes of Holy Poverty and Holy Chivalry are exalted, in particular, faithfulness, meekness and patience against extreme and unimaginable suffering. Very importantly, bearing these themes and concepts in mind, is the stress on unity between all ranks of society and the nationalist implications of George being the patron Saint of England implying a common purpose and identity for all subjects. This unity is shown in particular in the scenes where when faced with the dragon, and the ruin of the city, all classes are equally responsible for drawing lots and providing, from their own class, the dragon with sacrifices in order to divert the evil influence it has over the city. The accountability of government and royalty to the people is also promulgated and thrown into relief when the king has second thoughts when his own daughter is chosen, he eventually bowing to the `grutching and murmering’ of the ‘whole comonte’; the ‘whole comonte’ describing all rich and poor below the king.

Perhaps, given the present economic situation, it is time to resurrect this four day extravaganza in Lydd !

After all, we are all in this together !

If you want to read more of “Class and the Social Transformation of a Late Medieval Small Town: Lydd c. 1450-1550” by Spencer Dimmock, you can download it for free by registering here:

As always there is a connection to a  Doctor Who story.

In Dragonfire, the TARDIS materialises in Iceworld, a space trading colony on the dark side of the planet Svartos. The Doctor and Mel encounter Glitz and learn that he has come here to search for a supposed treasure guarded by a dragon. 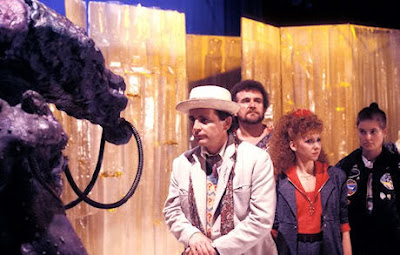 James, Cathrin, Laura, Amy and Ellie & Lucy had such a good weekend at the cottage this summer they made a video about it !

Glad they enjoyed themselves – if your thinking of booking, it gives you an idea of the fun to be had in this part of Kent ! 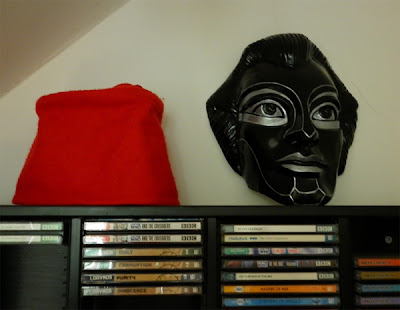 Last weekend, I was doing my usual cleaning jobs on change-over day, I spotted a new addition to the contents of the Apple Barn.

A fez had miraculously appeared from nowhere !

At first, I assumed that a guest must have left it there as a merry little jape, but then I realised that, of course, the Doctor had made one of his surprise visits !

Do any previous guests recall hearing a wheezing, groaning noise or a sound like the trumpeting of elephants ?

Do they have any recollection of catching a glimpse of a mysterious figure in a brown tweed jacket ?

Mark and his family stayed at the Cottage last week and posted a very kind comment on my previous blog post.

Unfortunately, they discovered a very disturbing crack in the Apple Barn bedroom!

Mysteriously, however, this had completely disappeared by the time I came down to clean and change the linen!

Neighbours report seeing a man in a fez – possibly a phantom plasterer? 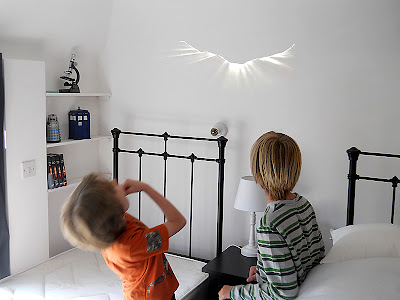 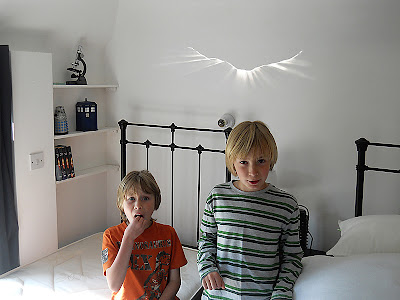 Fabulous Cottage, but what’s that crack in the wall . . ? 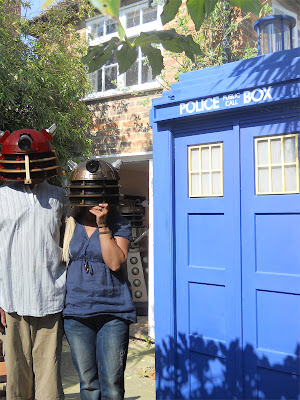 Another posting in my occasional series showing comments and photos from guests.

Thomas and Heather had a good time, as can be seen from these amusing photos!

“What a geek fest! We had a smashing time. Loved all the Dr Who stuff and cottage. Thanks!”

Heather has posted on her vakshun on her blog!
http://spidergrrlvstheworld.blogspot.com/2011/04/our-lovely-vakshun.html 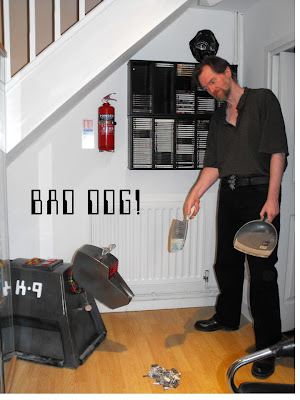 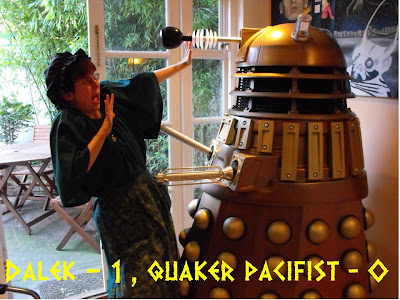 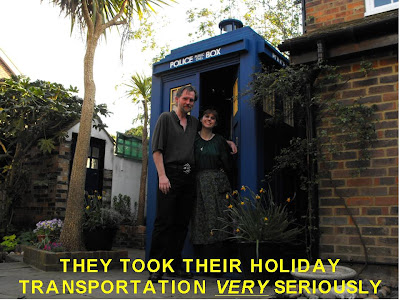 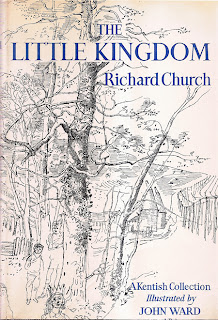 I am also hoping to add books by Rumer Godden, John Ryan, Clive King, Monica Edwards and John Christopher who all had links to or wrote stories set in the area. More on these as I add them to the library.

My brother found a copy of ‘The Little Kingdom’ by Richard Church in a charity shop and as it seemed like the sort of thing that guests would enjoy I obtained a copy on Amazon for the cottage.

It is an anthology of poems, folk ballads, patches of descriptive prose, snatches of history that bring to life two thousand years of the story of Kent. It is illustrated by John Ward A.R.A (who also lived in Kent) and his delicate drawings are very evocative. Here are two of Romney Marsh (click on them to enlarge): 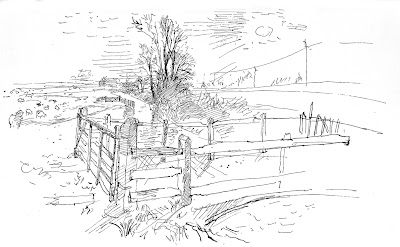 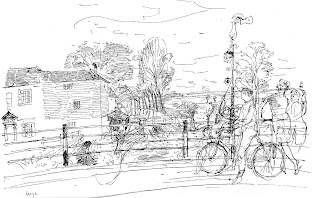 Of Dungeness and Lydd, Richard Church writes a very lyrical piece which ends:

“I cannot imagine how these people make a living; but they appear to do so, and to thrive sufficiently to make the life attractive. They dig into the shingle and find delicious fresh water. This is miraculous enough, and maybe it is a symbol of other vouchsafements by which their habits are enriched. I should not be surprised if they have a technique for extracting honey from the sea. Where does that fresh water come from, since Lydd has the lowest rainfall in England?”

I don’t know if that last statement is true – but if so, it bodes well for holiday makers at the cottage! 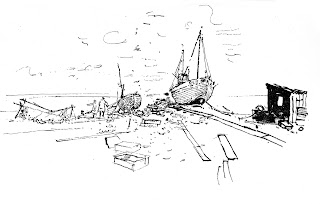 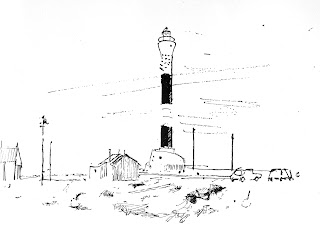 I have also obtained a copy of Richard Church’s novel, The Bells of Rye. This exciting and colourful adventure story is set in Rye in the 1370s when the French attacked and burned Rye and carried off its church bells and the men (and some boys) of Rye and Winchelsea reciprocated in the following year. John Finch the boy hero lives on Watchbell Street. He and a sharp-witted hunchback foil a traitor’s ambush by stowing away on one of the avenging ships.   Actual events and characters of the time form the background of the story: a good introduction for youngsters to a key episode in Rye’s history. 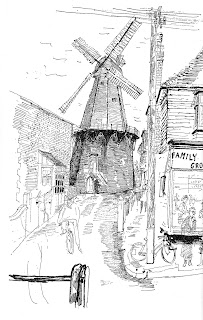